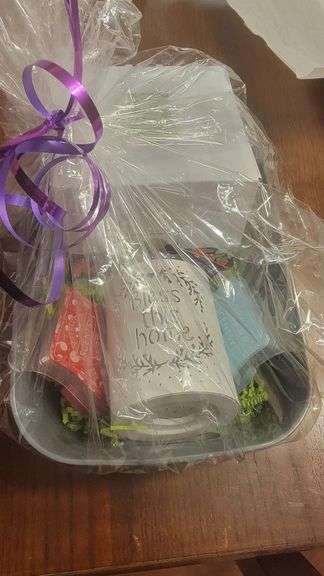 Any person placing bids on items in this auction agrees to these terms and conditions and understands that, by placing  bids, they are entering into a binding contract between themselves and the seller(s) and that they will be held financially responsible for their actions.

Virtual Stock Show is only as an agent between buyer and seller and may not be held responsible for any livestock or merchandise. It is to be clearly understood that Jeff S. Maynard, Maynard & Associates, Next Level Livestock Camps, Virtual Stock Show and representatives act only as a means between buyer and seller, and may not be held liable, financially or otherwise, for any failure on the part of the same to fulfill any obligations set forth in this sale or for the truth of any warranties expressed or implied. This catalog of offering has been prepared by the auctioneer from information provided by the seller(s) and is assumed accurate as presented to us. However, Jeff S. Maynard, Auctioneer will in no way guarantee age, pedigree, or reproductive status of the animals selling. All agreements and adjustments made are between buyer and seller.  Placing a bid is a binding contract between you and the Owner/Seller, and the bid cannot be retracted. Once a Bidder places a bid, and the bid is the high/winning bid, the Bidder will be obligated to buy the lot at the said price indicated. Placing a bid on this online auction site, and winning, then not paying for the lot is illegal in most states, and prosecution can result.  The Owner/Seller of property sold through this online auction site reserves the right to reject any and all bids. As a Bidder, you are responsible for any bids placed by you or a designated representative under your bidding number and password. The security of your Bidder information is your sole responsibility and the Bidder will be responsible for any and all bids placed under the assigned number. If, at any time, you feel that your Bidder number and password have been compromised, due to lack of security on your part, you must notify Auctioneer immediately. Bidders agree that when using the Maximum Bid feature on our online auction Web site they will use it according to the terms and conditions applicable to that feature. Please note that when using the Maximum Bid feature, if you are the current high Bidder and you want to change your Maximum Bid, you will be required to place a new bid in the increment designated for that lot in order to raise your Maximum Bid, which may cause you to raise your last high bid by one bid increment. You, as a Bidder, understand and agree to how the Maximum Bid feature works if you choose to use it.

There are no bid retractions. ALL BIDS ARE NON-CANCELLABLE ONCE SUBMITTED. Once a bid is made and confirmed, it cannot be retracted. When a bid is made you manifest your intent and ability to buy the lot at the bid price. A false or fraudulent bid may result in legal action. Any winning Bidder who refuses to purchase the lot may be banned from all future online auctions.

This benefit auction has been put together to help support the Barnett Family with the passing of Shane.

Shane Lee Barnett was born in Newberg, Oregon on March 19, 1973, to Wayne and Sandra Barnett. Shane was the second of seven children. He attended and graduated from Newberg High School in 1991. Shane stayed in Newberg, until very recently, where he worked mostly for family in the construction trade. In May of 1994, Shane met the love of his life, Stephanie Crane. Stephanie was the younger sister of Shane’s good friend, Chuck Crane, who introduced the two. Shane and Stephanie quickly fell in love and were wed in the summer of 1997. The two did not wait long to start a family and in the fall of 1998 their daughter ShaeLee was born followed quickly by her brother Wayne in 1999. Their youngest son Kyle joined the family in 2018.

Shane worked in the construction industry most of his life and owned Square Deal Concrete, a business that he ran with great success until his passing. There was not a harder working man around and Shane was a wonderful provider for his family. If he wasn’t working, Shane could be found for several years raising livestock for and with his kids and hauling them around the country to show competitively.

He was a great father, who excelled at loving, providing, and teaching his children. As a husband there was only one woman for him. Shane and Stephanie celebrated 25 years of marriage in July 2022. As a son, he provided for and became the man of his mother’s life when his own father died when Shane was just 25. If you knew him as a friend, you knew true friendship. Ever willing to lend a helping hand, give his time, talent, treasure and ear for others, Shane was a beloved companion.

Shane and Stephanie along with their children recently began a new adventure in Idaho purchasing a large piece of farmland and building a home as a legacy for their family. They were also blessed with their first grandchild, a baby girl, in September of this year. As a new grandfather, he was so eager to help raise his grandchildren, and was already in love with little Guinevere for the three months they had together.

Shane was a born-again Christian, and believer in Jesus Christ and he loved the Lord and sharing that love with others. He would have loved nothing more than that his death would lead others to Christ to receive the blessed assurance and hope that he had found. He is survived by his wife Stephanie Renee Barnett, his children ShaeLee Renee (Stefan) Grumazescu, Wayne Lee Barnett, Kyle Jay Barnett, and his granddaughter Guinevere Renee Grumazescu.

AUCTION NOTE: At the conclusion of the auction all winning bidders will be contacted by the organizers to arrange for payment and pick-up/delivery of items.

QUESTIONS/CONTACT: If you need to reach the organizers during the auction or have any questions please text/call Melissa Sherman @ 208-631-5583